From a film like Badla, one expects a few theme songs that would be used for promotional purpose. Since this Sujoy Ghosh directed film is more of a conversational affair, there was never any scope for songs arriving in the course of the narrative. This is what happens too in this soundtrack which has five numbers, all of which are basically theme tracks. 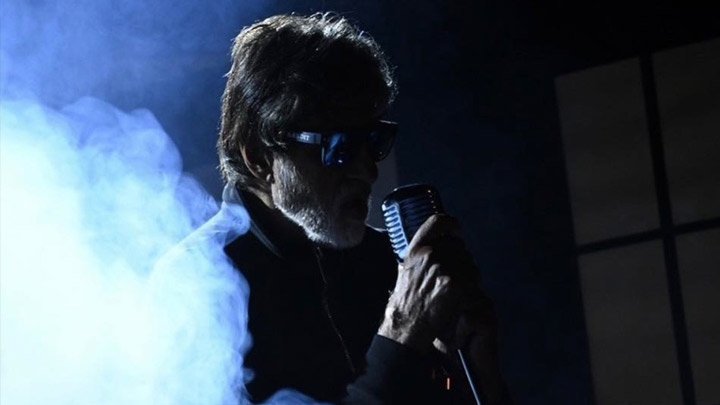 It is a sad song that kick-starts the album, what with composer Amaal Mallik bringing on board his brother Armaan Malik for ‘Kyun Rabba’. This is a kind of number where lyrics have an important role to play and from that perspective lyricist Kumaar doesn’t disappoint. He brings in the right elements of pain, separation and regrets in the song which later arrives in the ‘acoustic version’ as well and does leave a decent impression.

Clinton Cerejo, who has given the fantastic background score of Badla, is the man in charge for the rap track ‘Aukaat‘ which plays during the opening credit rolls of the film. Siddhanth Kaushal and Jizzy come together for writing this theme track that has Amitabh Bachchan trying his vocals at rap and actually doing rather well. He is joined by Clinton Cerejo along with Amit Mishra for this thumping number that does well in setting the mood for the film, though doesn’t quite carry much of a shelf life.

KK’s voice is always special and hence when his name appears on the credits for ‘Tum Na Aaye’, you want to know what does composer Amaal Mallik have to offer. Yet another song about pain associated with separation, this one has sensitive lyrics by A.M.Turaz. That said, with the overall mood and setting being pretty sad and not much promotion to accompany the effort either, ‘Tum Na Aaye’ would largely go unnoticed. Had it been picturised on someone like Emraan Hashmi for a quintessential romantic entertainer, it could have covered a distance.

Last to arrive is ‘Badla’ and this one comes across as a rather weird effort, considering it gets into the zone of ‘petrol ka daam badla’ and stuff alike, which has absolutely nothing to do with the core of the film. Moreover, this effort by composer/singer/lyricist Anupam Roy (who is supported by Manoj Yadav for the lyrics), is rather lazy and lukewarm, hence falling under the quick-skip variety.

The music of Badla doesn’t really have much of a recall value, though ‘Kyun Rabba’ may play on for a while.